Rainer Hersch has some great events coming up this year. Here is taster of some of his highlights – and remember you can buy your tickets online now…

The Rainer Hersch Orkestra on tour.  One of Rainer’s most exciting musical adventures features him as conductor of his own nine-piece orchestra with a zany offering of musical comedy and wit guaranteed to have the audience rolling in the aisles.  The Arosa Humorfestival takes place in a circus tent halfway up a ski slope.  If you can’t make that, there is always the beautiful market town of Marlborough…

The extraordinary life of the brilliant pianist and virtuoso comedian Victor Borge “the funniest man in the world” (NY Times) is retold and his hilarious act re-imagined for the 21st century.  Reigniting the Borge magic, Rainer is joined on stage by BBC Proms solo pianist, Danny Driver and Royal Opera House soprano, Soprano Kristy Swift. 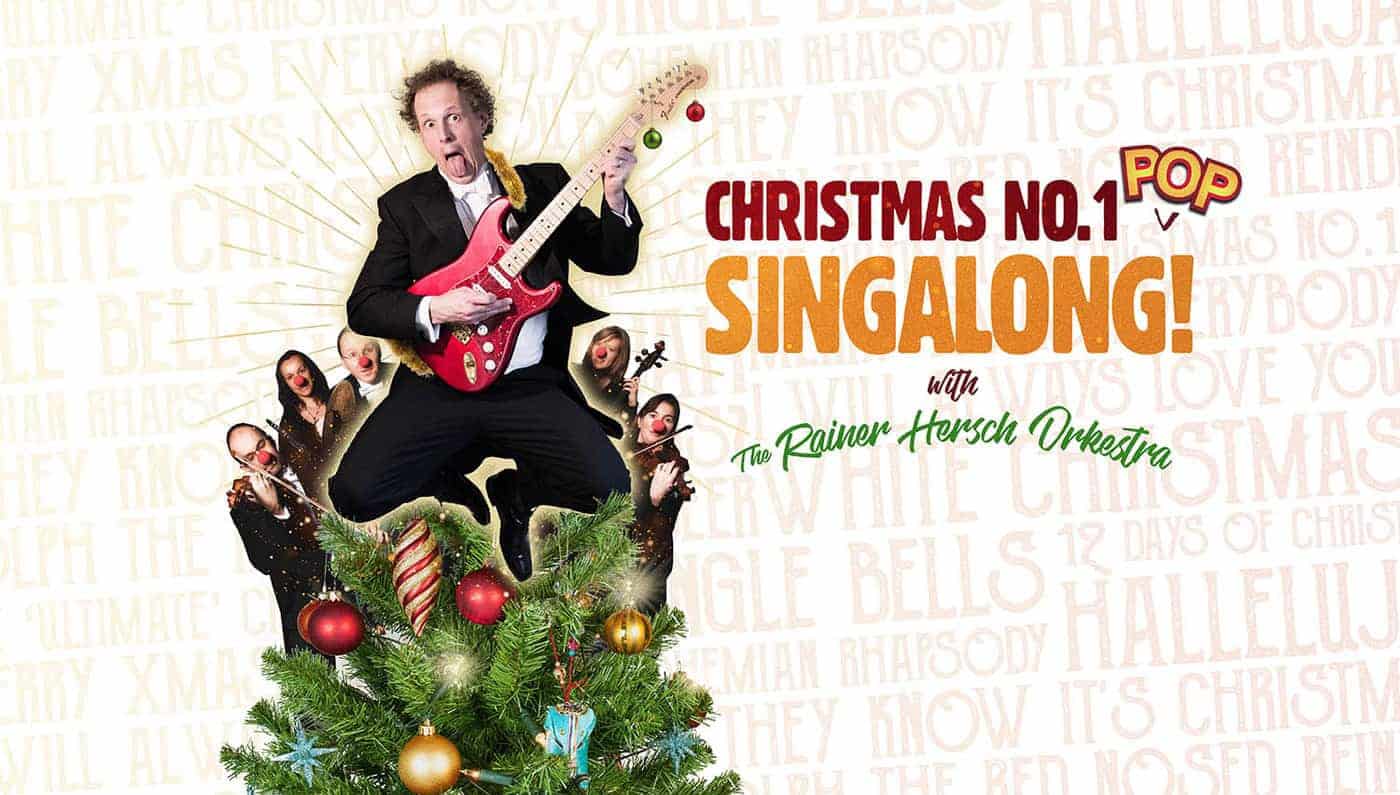 Rainer and his Orkestra hit this classic live-music venue with a Yuletide treat: a jamboree of classic UK Singles-Chart Christmas No.1’s. Hilarious comic entertainment all served up with award-winning vocalists featuring vocalists Jessica Daley (Maria from the ‘Sound of Music’) and Graham Foote (‘Jersey Boys).

Following two sellout years and some incredible hi-jinx, Rainer Hersch and the Orkestra return to Cadogan Hall to welcome 2019 with an unforgettable evening of laughter and fab music. It’s a brand new dollop of games, tricks and jokes for conductor, orchestra and audience plus guests from the world of music and comedy.  Absolutely not to be missed.