If you think this title is a contradiction in terms, Rainer Hersch begs to differ so read on…

Contrary to comic lore (and a good few of my gags) the Germans have actually got a sense of humour. In fact, the biggest gigs I have ever done have been in Germany. And it’s not the slapstick ‘man-gets-hit-in-the-face-with-a-fish’ comedy of legend either – Germans prefer philosophers to farce.

So, where did their notoriety as ‘the land without laughter’ come from? Frankly, I think it is probably just part of our caricaturing following [ahem] one or two episodes in recent history. Those blond-haired, blue-eyed members of the Hitler Youth are smiling alright but it’s not at knock, knock jokes.

Then there is ‘Dinner For One’ – loved and lauded by German-speaking audiences wherever they may be found and now the most repeated TV programme EVER, ANYWHERE. You don’t know about ‘Dinner For One’? Not surprising, because, although it is performed in English, it is almost unknown amongst English speakers.

Do you know Hitler’s favourite knock, knock joke by the way? “Knock, knock” “Who’s there?” “I WILL ASK THE QUESTIONS!”

‘Dinner For One’ is an 11-minute TV sketch, filmed in black and white in which an elderly lady celebrates her 90th birthday aided by her butler. Unfortunately, with the passing of the years, all the lady’s guests have died off leaving the butler to impersonate them, toasting her one by one and gradually getting more and more pissed. You can watch it here:

Yes, it’s in English alright and the actors involved made absolutely no concession to their foreign audience – the butler, for example, speaks with a gruff northern accent. Accordingly I am pretty sure that the German audiences that guffaw over it every New Years Eve (that’s the tradition) don’t fully understand the text. What they do understand however is a sloshed character continually tripping over the head of a tiger skin, stretched out on the floor and the sketch’s catchphrase “same procedure as last year” “same procedure as every year”. (Note that ‘procedure’ has a German equivalent ‘Prozedur’, which is why this moderately complicated bit of vocabulary is understood at all).

Maybe it’s the comic skill that does it for them and there is plenty of that on offer in most German entertainment. Skill of any kind is definitely appreciated. And they know their music. Perhaps that’s why a guy who turns up conducting an orchestra, playing the piano and (I hope) being witty about it ticks the boxes. Oh, and it also helps to speak the lingo, which I do (German Dad, German Missis).

With Berthold Brecht in Berlin. He’s the one looking slightly more natural.

So don’t believe the rumours, comedy is alive and well in Germany. And, so they say, their are quite a lot of Italians pay their taxes, at least a handful of Dutch people who can’t stand clogs and three Russians who aren’t in the Mafia. Now that does sound like the start of a joke… 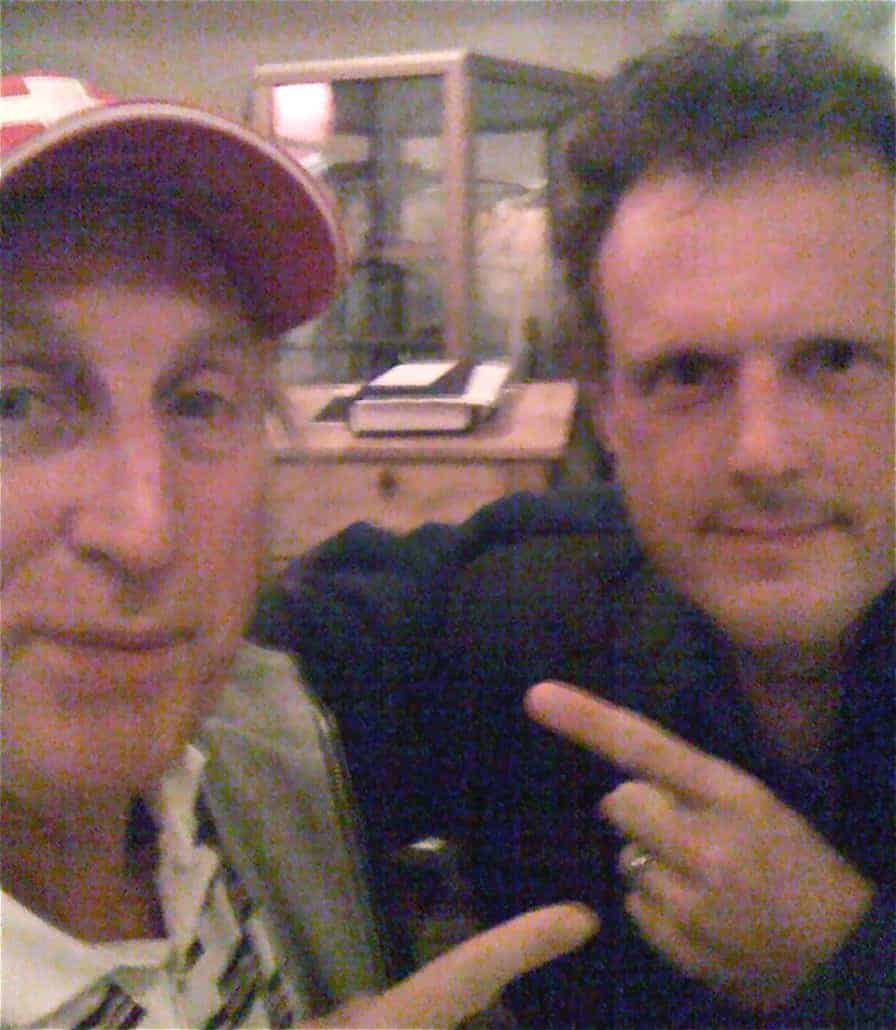 Chance meeting with German comedy star Otto Waalkes. Blurry old photo in a restaurant. Afterwards I tweeted that I had just met Loriot, who is someone quite different.